Now, in the beginning of 2018, we are off to new horizons, namely to British and German lands. Coming soon are replicas of the Newcastle upon Tyne, Neuschwanstein, Bodiam, Lichtenstein, and Coch castles. 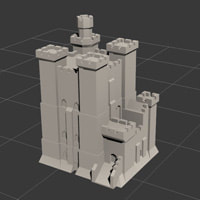 ​The Newcastle upon Tyne is an exemplar of Norman military architecture that we chose from a great number of impressive castles. 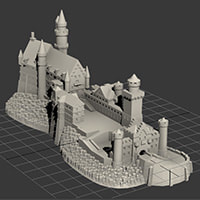 In contrast to the heavy and restrained Newcastle, Neuschwanstein comes right from fairy tales, a fruit of romantic fantasies of its creator, King Ludwig II of Bavaria, inspired by the works of his favourite composer Richard Wagner. ​ 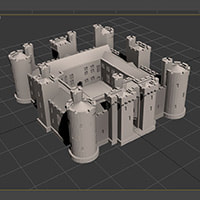 ​Then we return to England, to a Gothic Bodiam, rational and mature, one of the last castles protecting from arrows (later castles were built to protect from artillery). Everything is well thought out, there is no chaos in its walls. 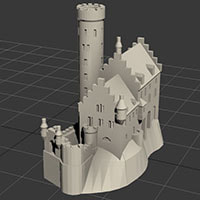 ​Coming back to romantic Germany, we have the Lichtenstein castle, inspired by the Wilhelm Hauff's novel Lichtenstein. 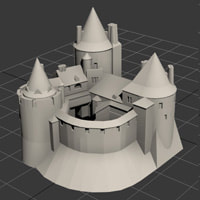 ​The fifth in this series comes Coch, a very interesting example of fantasy 19th century restoration of a medieval castle. In a sense, it is in the middle between sturdy British and romantic German castles. Indeed, it has traits both characteristic of a Romanesque castle and those showing 19th-century artists' perception of a medieval castle.
Our further journey will probably take us to Romance countries, and we are looking forward to sharing its results with you.